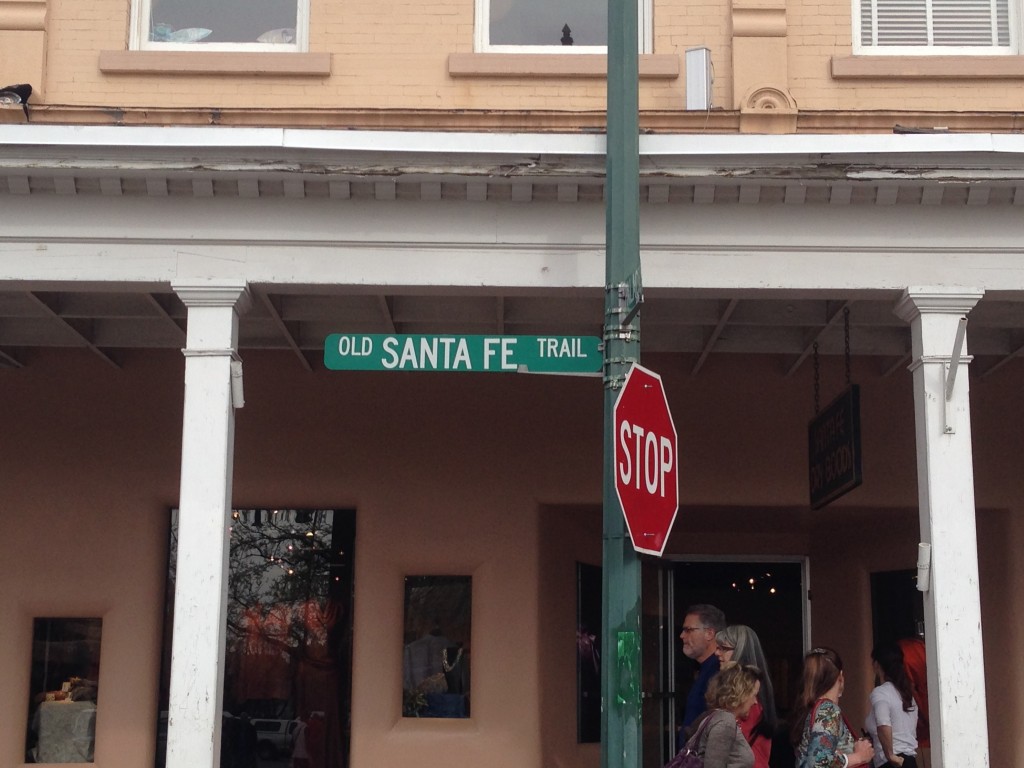 Our destination was Santa Fe, but since I my Mac Book had suddenly had issues we had to make a pit stop in Albuquerque. Albuquerque has the only Apple Store in New Mexico. For California, this is unheard of! Being the only store, I had to book an appointment for the next day since the appointments were overbooked that day. We took advantage of the day and found a bubble tea shop with wifi downtown. We got to get some work done and went over to the local Walmart to set up our home for the night. Albuquerque didn’t seem to eventful, but there were definitely niches to have fun. In the Walmart parking lot, people were playing football and frisbee. If you ever find yourself sleeping in a Walmart for whatever reason, bring a face mask. They leave their bright lights on all night.

Thursday, I made it to my appointment at the Apple Store to find out that it would take them 2-5 days to get the computer fixed. Since I didn’t have time to wait, especially in Albuquerque, I planned to turn my Mac Book in El Paso and set up an appointment a few days later. Chris and I jumped in “Bucket” and drove to Santa Fe where we would be staying with my awesome seconds parents, Peggy and Jerry, who I have known me since I was born and who’s daughter is one of my best friends. We arrived at their place around 5:00pm and it was a great feeling to see familiar loving faces. Peggy and Jerry cooked us an amazing steak meal that left Chris and I full and beyond satisfied. We finally had a bed to sleep in and a shower after too many days than I care to admit. It felt like a home.

The next day, Friday, I woke up in bliss sleeping in an actual bed. Jerry made us breakfast and it felt like we were in a resort. Today would be the first day of our first city to survey. We drove to the city center called The Plaza. There were no high rises, but many small buildings encompassing a fountain that marked the center of Santa Fe. As we began our surveys, it felt awkward approaching people with our mission, but a few surveys later we were in the zone. Initially, the plan was to get all 100 surveys in 4 hours max. 4 hours later we had 32 surveys completed… It was taking so long because people were actually compelled to tell us their thoughts on happiness! We talked to hippies, high school students, parents, managers, and homeless people. Everyone had something to say and we were excited to hear it. We started a video collection of people’s core ideas about happiness that we can’t wait to share.

Chris and I came back suddenly exhausted from the day of talking to people. Jerry and Peggy took us to a great New Mexican restaurant where Chris and I filled our bellies with some delicious chicken fajitas covered in chili sauce. New Mexico is know for their spicy taste pallet. When Chris and I came back to our Santa Fe home to our comfy beds we passed out with determination to see what a whole day of surveying would bring us.

0
Happy Journal - Not Much, But Hard Wood
Still time to change the road you're on