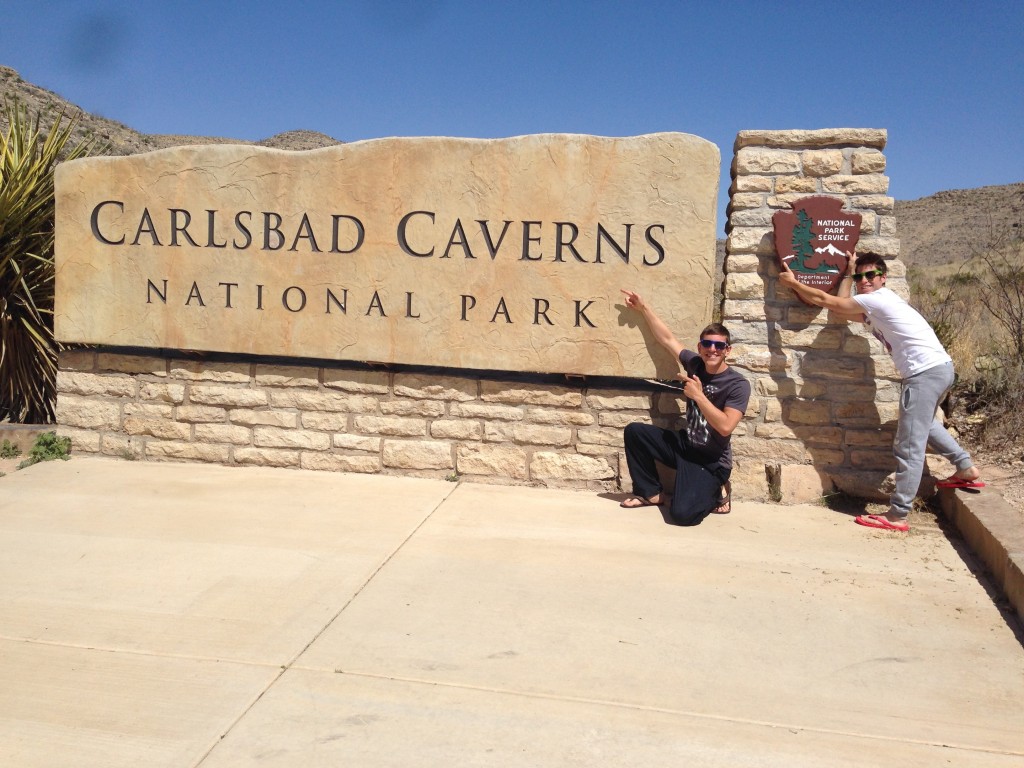 Today we would be crossing one of our bucket list points: Explore Carlsbad Caverns National Park. Chris and I made an early start to our morning. There were perfect blue skies, but that wouldn’t matter since we were about to descend 1,600 ft below the ground! Since the cave is very popular we couldn’t book a tour that day nor the next so we decided to go on a self-guided tour.

We started at the mouth of Carlsbad Caverns and walked all the way down the 3 mile trail. Only the entrance held natural light, but the further you descended, the more unnatural light that had to be used. If you did not have any artificial lighting after the first half mile, you would have been in complete darkness. 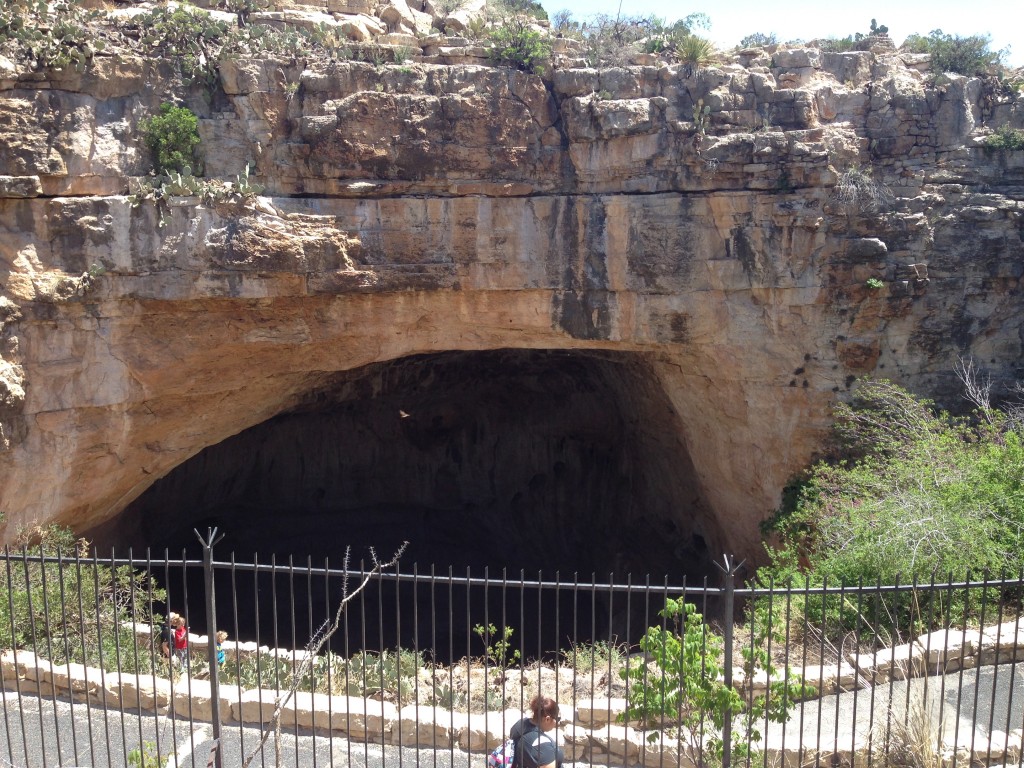 The caves were fascinating. The entrance had relatively smooth surfaces. When you went deeper the stalagmites and stalactites would appear. Although it was around 75 F (24 C) outside, the cave held a constant 56 F (13 C) so we had to bring sweaters. The cave was also very humid and held little ponds throughout the many crevices and dips in the floor. The national park was very well developed as they had preset lighting, paths, and informational stops all along the tour. 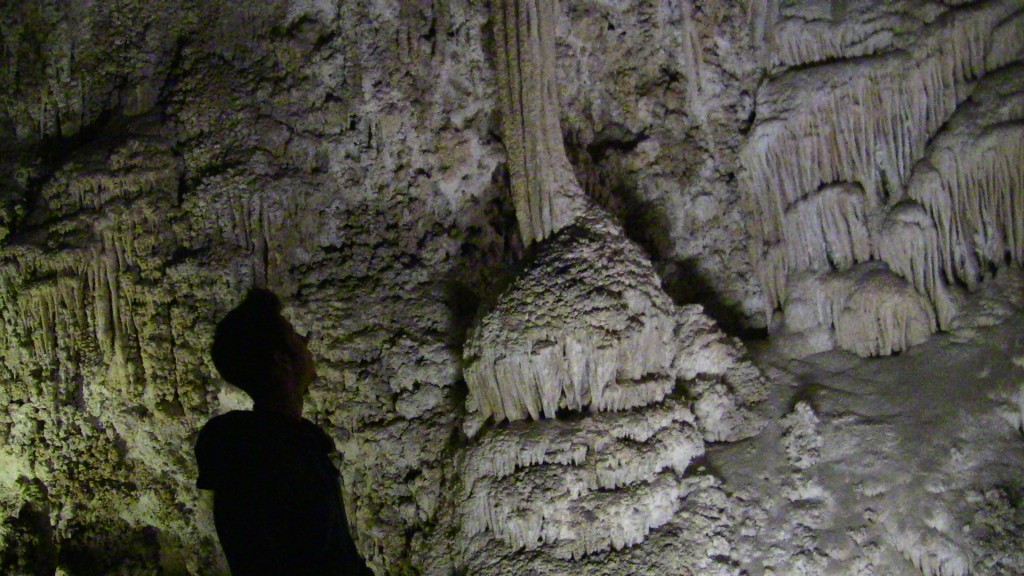 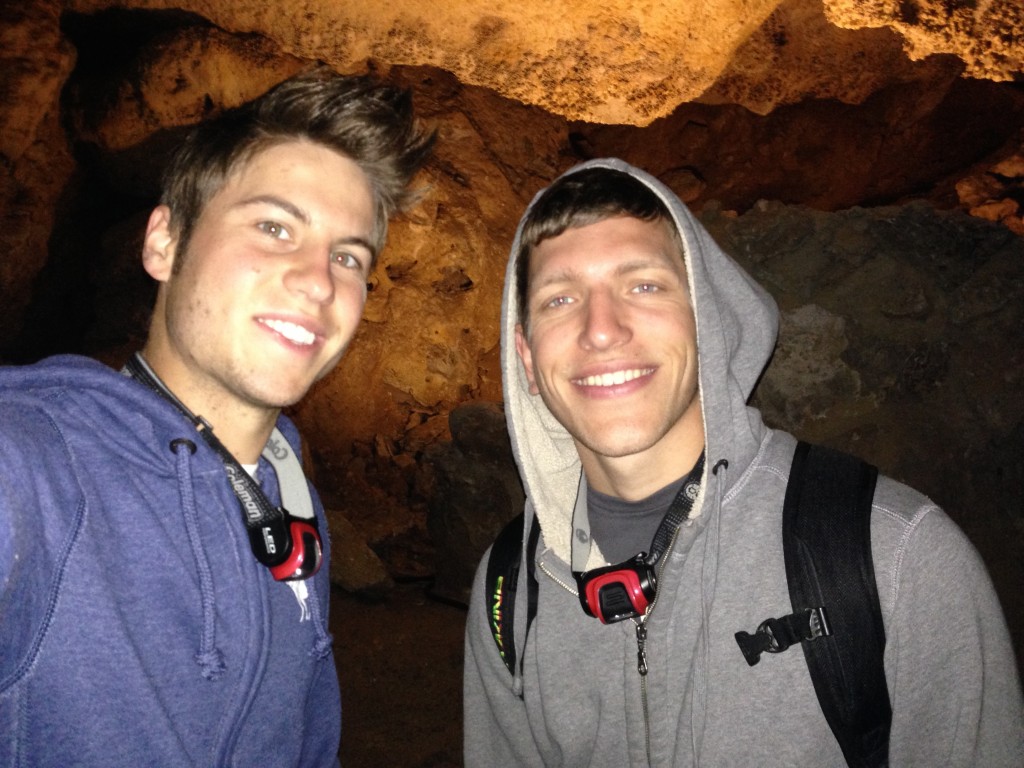 The best part had to be when we entered the Big Room. The stalactites and stalagmites were huge and had been forming over millions of years from simple erosion and calcium carbonate (aka limestone) building up. 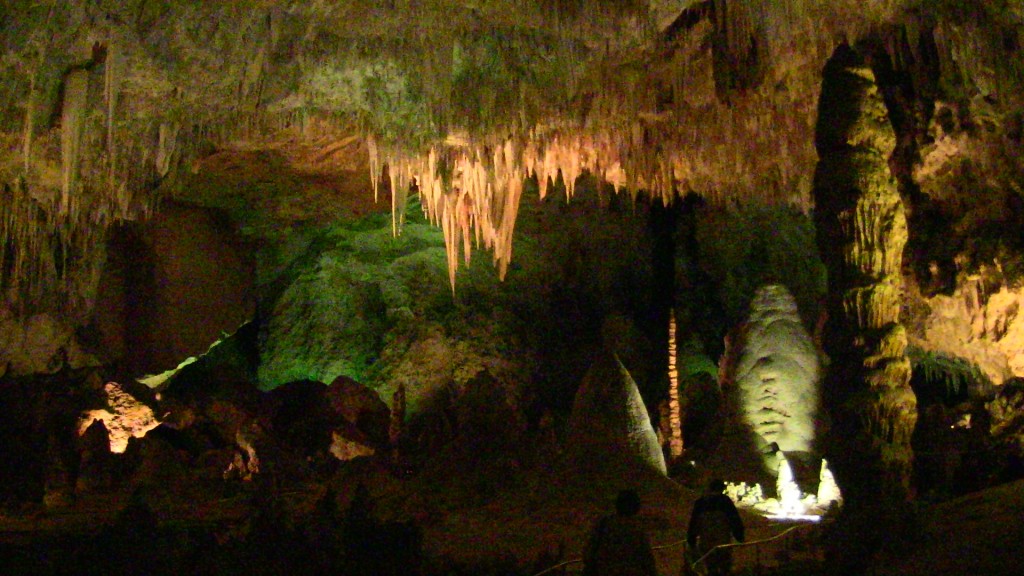 A man named Jim White happened to find this set of caves as he was building fences around the area in 1898. He saw what looked like a cloud of smoke form in the air so he rushed over to see what was going on. The cloud wasn’t smoke though, but a swarm of bats! There he stumbled upon the entrance of the caverns and he did what ever person would naturally think… built a sketchy rope and wood ladder and climbed on down! As he explored the caverns with a single fire lit lamp, he stepped in something squishy. He shone his light down to see he stepped in a pile of guano aka bat poop :) There were piles all around up to 20ft tall. So he eventually started a business selling this fantastic fertilizer to California farmer. People started touring the cave around soon after for a small price by entering the cave through one of the guano carrying baskets. Women in beautiful dresses and men in their suits would go down in these poop baskets (it was definitely a different time back then), but I have to say it was would have been worth it regardless! 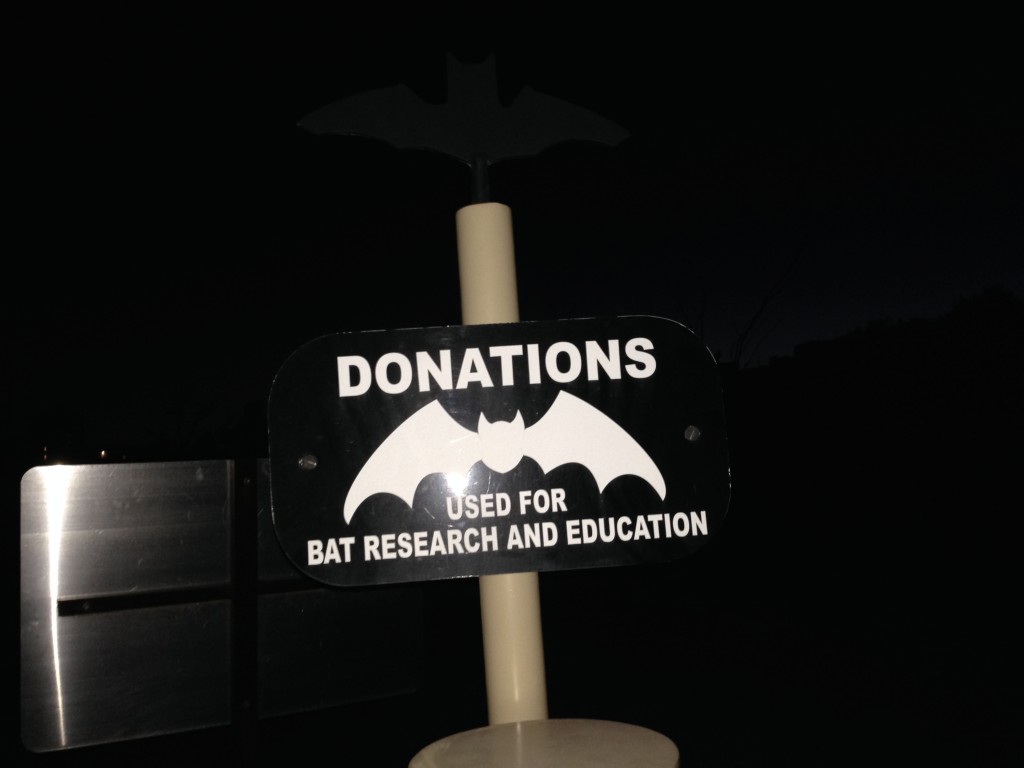 Chris and I finished our tour around 4:30pm and decided to wait till 7:15pm for the bats to leave the cave. Supposedly there had only been 5 bats the night before since it wasn’t the prime of bat season yet, but we remained hopeful because we knew this would be an opportunity we couldn’t miss out on. Unfortunately, we weren’t allowed to take pictures of the bats or make loud noises while we watched for good reason. The park rangers didn’t want to affect the migration habits of the bats if they were going to be scared off by camera flashes or crowds of people cheering… yes cheering happens.

The clock hit 8:00pm and the sun was setting. The first bat appeared scouting for the others. Once that bat signaled the coast was clear with a loud shriek, dozens of bad came out at a time. There were around 300 Mexican bats that came out of the caves! It was fun to watch. It was soon too dark to see the rest of the bats. Chris and I walked back to our RV after an exciting day of exploring and learning. Our next destination would be the Big Bend National Park in Texas.

0
Happy Journal - Santa Fe, the land of Art and Love (part 2)
5 STEPS TO GET RID OF NEGATIVE EMOTIONS